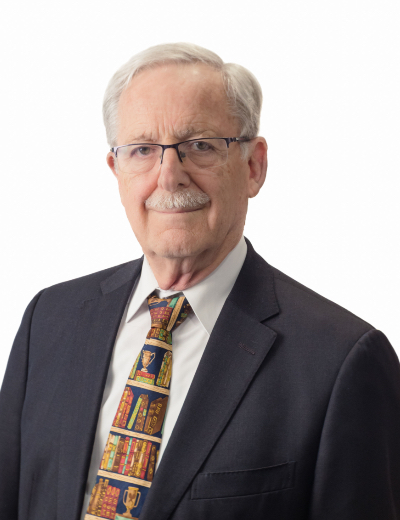 “I feel our firm has done its job when I see peace of mind on our clients’ faces.”

Over forty years ago, Thom Cooper created the law firm that would become Cooper, Adel, Vu & Associates with the goal of representing seniors in a way that maximized their independence and minimized the stress and burden placed on loved ones. Since then, Attorney Cooper has provided educational seminars throughout Ohio to spread the word about estate planning and elder law. He has helped thousands of seniors and their families find public benefits to protect and preserve their assets. Thom was among the first 19 attorneys in Ohio to receive Dual Certification as an Elder Law Specialist by both the National Elder Law Foundation (NELF) and the Ohio State Bar Association (OSBA). Additionally, he was among the charter members certified by NELF in 1995.

Attorney Cooper is rated “Superb” by Avvo which is a national organization that rates 95% of the attorneys in the US and considers years in practice, disciplinary history, professional achievements and industry recognition. He has devoted a portion of his practice to assisting veterans and their surviving spouses, and been admitted to practice before the United States Court of Appeals for Veterans Claims. He is also accredited by the Department of Veterans Affairs.

Thom is a past president of the American Association of Trust, Estate and Elder Law Attorneys (AATEELA), an invitation-only, nationwide professional association and is a member of the National Academy of Elder Law Attorneys (NAELA). Thom Cooper graduated from Allegheny College, obtained a PhD from The Ohio State University, and received his Juris Doctor from Capital University.

Thom and his wife, Kathy, who also works at Cooper, Adel, Vu & Associates, live in Centerburg with their four cats. They have two daughters and four grandchildren. Their older daughter, Michol, is a Vascular Surgeon and Assistant Professor at the University of Florida. Their younger daughter, Lauren, received her Juris Doctor from the University of Dayton School of Law and is a Partner with Cooper, Adel, Vu & Associates.

Why did you decide to practice Estate Planning and Elder Law?

Growing up in an extended family, I believed that there was much to do to help seniors maximize their independence and minimize the stress and burden placed on loved ones when they get sick or pass away.

What do you love about your job?

Our clients come to us from all walks of life. We have some wealthy clients and some who are not so wealthy, but most are somewhere in the middle. We have clients who are planning their retirement and clients who are facing a healthcare crisis. There is, however, one thing that all of our clients have in common: each and every one of them was smart enough to develop a plan to preserve and protect their wealth – to “get their ducks in a row”.

Why do you do this work? What drives you?

It is the passion and commitment I have about solving the complex problems that aging presents to us all.

What makes this firm different from other Estate & Elder Law Firms?

Under one legal umbrella, we provide a holistic, “buck stops here” integrative approach to legal, tax, Social Security, long term care, investment and retirement planning for our clients, serving always as a fiduciary, and without the confusion and inconsistent planning recommendations that often result when clients work with unrelated professionals.

Why do clients need to consult with you?

Getting your ducks in a row is more important now than ever for the millions of individuals who today can expect to live well into and beyond their 80s.

Neil Postman
…I fear that Huxley was correct.

“Perhaps in the twenty-first century populist revolts will be staged not against the economic elite that exploits people but against an economic elite that does not need them any more. This may well be a losing battle. It is much harder to struggle against irrelevance than exploitation.”

Yuval Noah Harari
…If Harari is correct, this has significant estate planning implications for the upcoming generations.